Jaisalmer, left to right: picking up supplies at the fort before heading out to the desert; woman with child at a traditional mud village where we encountered the cheekiest kids; fascinated by the hard working dung beetle who left a little present on my mattress
It was exciting to be in Jaisalmer. The road leading to this desert city was a never ending landscape of sand dotted with desert shrubs. When we finally arrived at the fort, Mr Singh dropped us off at the entrance as vehicle access within the fort is restricted. We took a mad but enjoyable ride by tuk-tuk up the narrow cobbled stone lanes. Our driver never slowed down nor did he stop blaring his horn. Somehow, we managed to not run anyone over, narrowly missing them by an inch. Once we dropped our bags off at Desert Boy Guesthouse, we set off with Mahinder on his Mahindra Jeep. I can only say that the entire experience was surreal. Mahinder was a real lad who liked blaring Bhangra music. We suspected he might have been a little high but turns out he just dances to his own beat quite naturally. We snapped pictures, we ate gulab jamun, we laughed and tried to "hum" along to the music, it felt like we were in a movie or very long video clip. We met several locals on the way. Farmer Whip demonstrated his cracking skills with his rather lethal looking whip. We met the sweetest children with the most beautiful and cheeky faces. As usual, they asked for pens. All of us were penless by the time we were done with Jaisalmer. So do remember to stock up on pens before heading over to Rajasthan.
About an hour later, we finally arrived at the base. Shortly after, we hear the unmistakable sound of bells and the camel procession arrived. I suddenly had second thoughts about the camel ride. They looked even taller than I had imagined. Even though their faces were cute and friendly as hell, I knew better than to judge a book by its cover or a camel by this hump. After Mr Merchu and his assistant saddled them up, we all picked a camel each. They all looked about the same when kneeling and mine looked placid enough. Oh no, when they all stood up, Dween funnily enough had the shortest one. Vertigo set in as we were given minimal instructions and Balu The Brute lurched forward. I felt precarious in the saddle, there was nothing to hold onto, I was officially freaking out. Do camels buck? Balu The Beast stomped his way in front and chose his own path, which was straight towards food. I could not for the life of me make the lug move. He was not even scared of Mr Merchu so what chance did I have? Once I made peace with that, Balu The Cutie and I got on quite well. He'd stop many times to eat and the rest would follow suit. He even raced towards a tree only to scratch his neck. Ah Balu, a camel of simple needs. Lots of food and a good scratch. As soon as we got near the camp site, they made a break for it. Balu got there first of course. Mahinder was already waiting there for us.

Jaisalmer, from left to right: breathtaking sunrise; the watermelon that wasn't quite a watermelon - the best part of the fruit is where the seeds are and that has a texture of a watermelon but the taste of a honeydew. I threw away the seed bits as I assumed the best part was the pale green area. Duh; sweet Jettah - Rafs and I swapped camels as she wanted to ride the wild beast. Jettah was so graceful when he knelt, I barely moved.
I thought it would be like the sahara - endless sand dunes in a barren desert. The desert in Rajasthan is fertile. Our camp site was actually someone's farm. We met the children as they came running along quite soon after we arrived. They seemed to have appeared out of nowhere. Once again, pens were requested. Dween parted with his gorgeous water bottle to the eldest of the four. This little boy walks for more than 10km to go to school everyday. When he comes home, its in the scorching heat. I made a vow to drive less and walk more when I got back to KL. We "set up" camp which involved lining up a couple of mattresses on the sand. Five minutes later, we were done and were able to enjoy the sun setting over the vast landscape before us. Rafs convinced us to lie down on the sand. It was an unbelievable feeling. The sand was warm, the sky was on the fringe of darkness and a deafening silence filled the air. It was a little eerie and overwhelming not to be able to hear my own breath.
That night, Mahinder and Mr Merchu whipped up a mean dinner. Long grain rice, fresh chapati, dahl, vegetables and he even made dessert! I couldn't make out what it was but it tasted like sweet potato. Amazing! I mean, we were in the middle of the nowhere and all he had was a pen knife, some pots and fresh ingredients we had bought earlier. Chapati is staple in the north and its easy to make. After all, there we were sitting on the sand dunes enjoying piping hot roti. Mahinder made sure we had enough to eat. We had seconds and could've gone for thirds but we knew they weren't going to eat until we were done. I wish I had remembered to take a photo but alas, all was forgotten when hunger struck and the smell of food filled my senses. Mr Farmer Man came to join us around the fire. We learn that he has a total of seven children. He is a busy man! After our bellies were full of happiness, we lay on our mattresses and watch Qutub (a cute dog who came to camp with us, I think he belongs to Mr Farmer Man and his family) hunt for scraps. He sure likes his dhal and roti! It was a full moon and in the open landscape it felt oddly bright. How do you turn off the moon to go to sleep? I must confess, we did not sleep well. It was warm, cool, warm, cool and worst of all, insects. A bug found solace in my ear while Ah Boo and Dween were both bitten by some sort of beetle but its a small inconvenience for a phenomenal experience. The last thing I heard was the tinkling of the camels being led away for dinner. Oh Balu, you rascal... 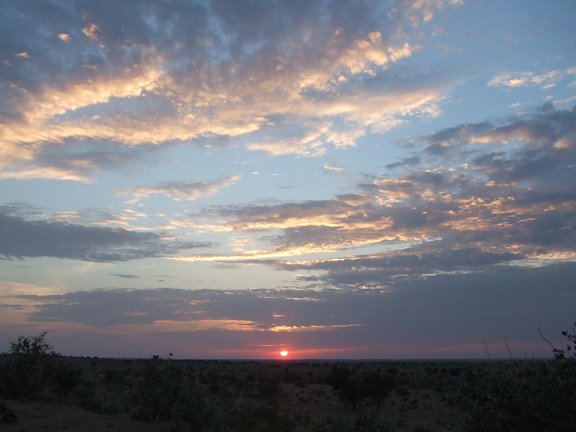