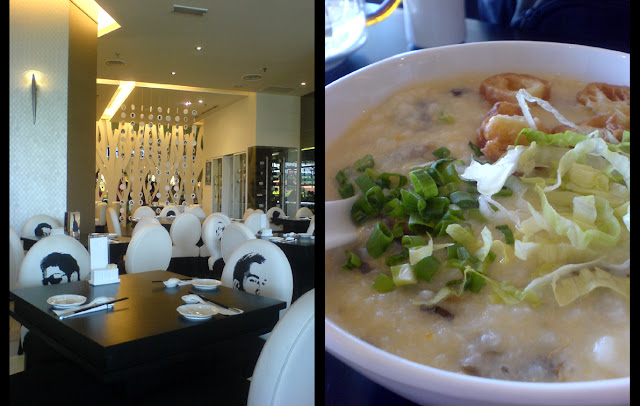 Last weekend Rafs and I found out we are no longer the spring chickens that we thought we were. Unwilling to admit we were sick, we tried climbing an overhang and both ended up with a sprained shoulder instead. There are times when I really feel my arm might just pop out of my shoulder as I tend to hyperextend as a result of bad climbing mixed with laziness. Anyway, feeling like we really needed a treat, we wandered over the far end of the old wing towards One World Hotel and ended up at SoHo for dim sum. I wonder if they are the same people behind Bread Story since the sign board also reads "by Jun".

There is only one word that can describe this place appropriately – bright! The sparse white interior spruced with black lacquer and glass is brightened further by the floor to ceiling windows. It was already 2:30 when we sat down to lunch so we were not surprised to find it only half full. We were given some carrot and cucumber sticks and deep fried wanton skins to munch on while we waited for our dim sum to arrive. The cheong fun was a real winner and was devoured in less than 2 minutes. The rice flour noodle was smooth and delicate. The filling was fu chuk and prawn and we loved the crispy texture of the fu chuk interrupting the soft texture of noodle and prawn. Very good. Our only complain was it was too small a serving. But then again, we are known to be gluttons. 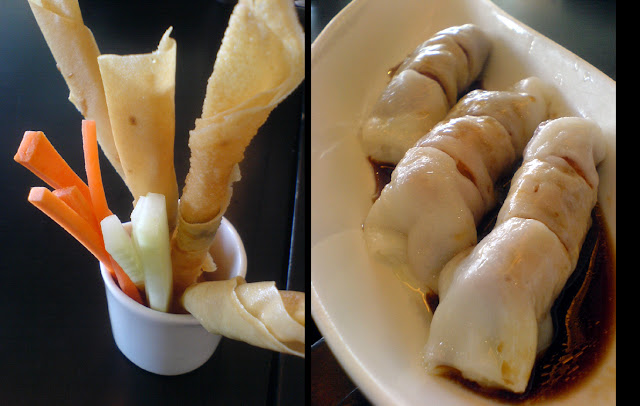 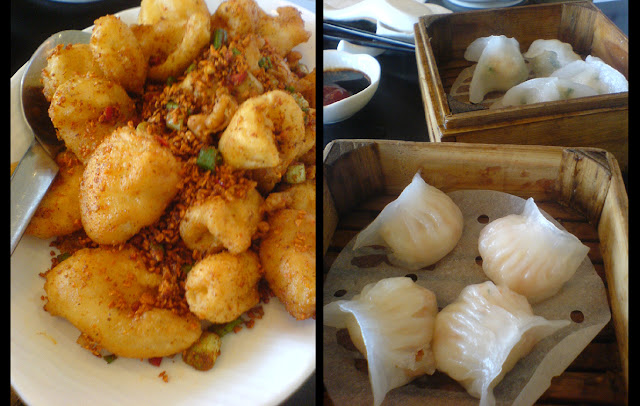 The chilli salt squid came in battered pieces topped with crunchy and spicy garlic-ky bits. Added calories without the added satisfaction as the batter was neither tasty nor crispy. The squid was very tender and tasty and could've done without the batter. We weren't sure what the spicy bits were but it had the fabulously fake taste of Maggi seasoning! Next up was har gow. While the prawns were fresh and plump, the skin was disappointingly thick and stodgy. As were the prawn and chive dumplings. We all really enjoyed the pan-fried turnip cake with the spicy dip. It was fragrant and you could still feel the texture of grated turnip. The prawn and salad pastry was also very good! But then again, I am also a sucker for mayonaise. It was supercrispy and the mayonaise just oozed out of these babies. All in all a very satisfying lunch apart from the mui choy porridge. The consistency of the porridge was like a rice paste and the mui choy tasted a lot like seaweed. The travesty of it all was the pork slices. They were lean and not stewed together with the mui choy! Gasp! 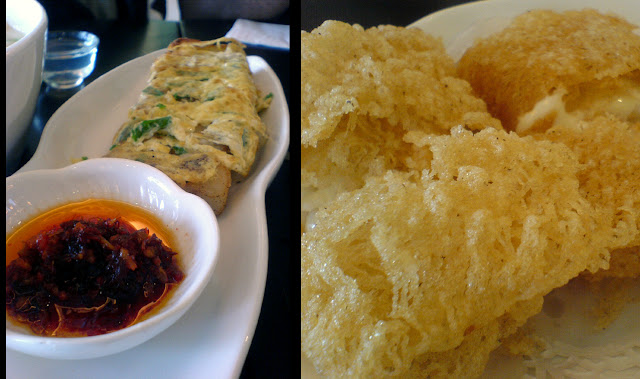 Total bill was RM110.40 including a pot of chrysanthemum tea.