We were invited to dinner by Sabby's family but because she hated the restaurant they were going to, we declined as graciously as possible and went off to Venue instead. Venue sounds like a bar or club to me but in actual fact its a popular Chinese restaurant located in RH Plaza Commercial Centre near the airport. Sabby, being the good host, had preordered most of the dishes during the day. We started off with wild fern stir-fried with belacan. This tastes a little different. For one thing they were much fatter in appearance. At the same time, they were young and crisp. The or chien was interesting. The egg was mixed with batter and deepfried and the starchy sauce with tiny oysters poured over it. I liked the texture of the two combined but the oysters were to fishy for me. 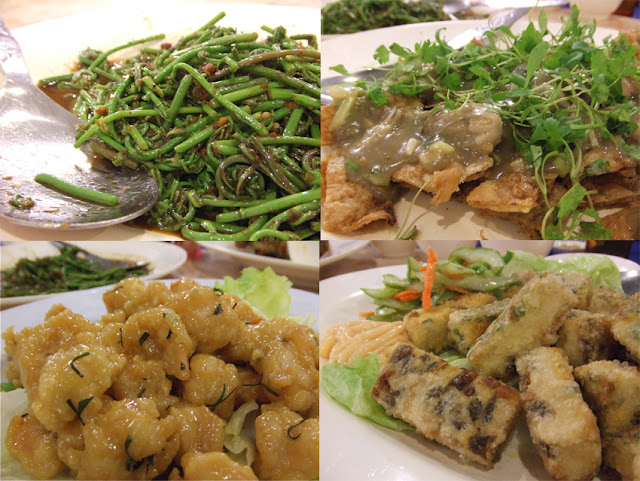 We then had lai yau ha which came without the usual creamy sauce. Instead, it was coated, fried and cooked in the sauce until it was dry. The result was a crisp springy prawn with a mere hint of creamy butter and curry leaf taste. It was tasty but for me the best part of this dish is the sauce. Rice and sauce, comfort in a bowl! Then came the fried tofu which was filled with pei tan and minced prawns. This was very good and I loved the tacky cocktail sauce and acar that they served with it. The last dish, the pièce de résistance, was the deep-fried pork knuckle. It was slightly creepy looking at the gnarled feet but it was soon forgotten when we started devouring the lovely pig. This can give El Cerdo a run for its money. It was well seasoned, crispy, moist, tender and full of flavour. Fantastic! You can see in the right bottom corner of the picture, exactly how much we liked it! All this, with rice and drinks for RM141. 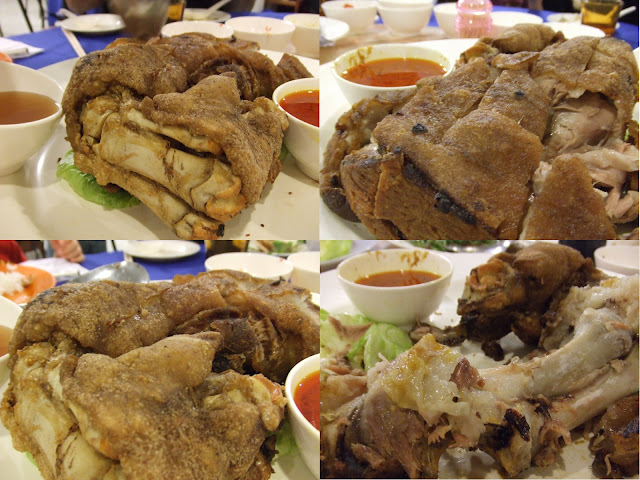 On our last night, we revisited a restaurant that Sabby had brought me to before. Although she had no recollection of this incident. I think its called Peter's Place. Will have to check. Anyway, when we were there, the proprietor informed us that they'd be moving to bigger and better premises by the end of the year so I will update the information later. Currently, its a no frills corner coffee shop with some serious rotiserrie equipment. They are famous for the grilled meats. The lamb we had was a good example of whats on offer here. It was sumptuously tasty and tender. It didn't even need the obligatory mint sauce. 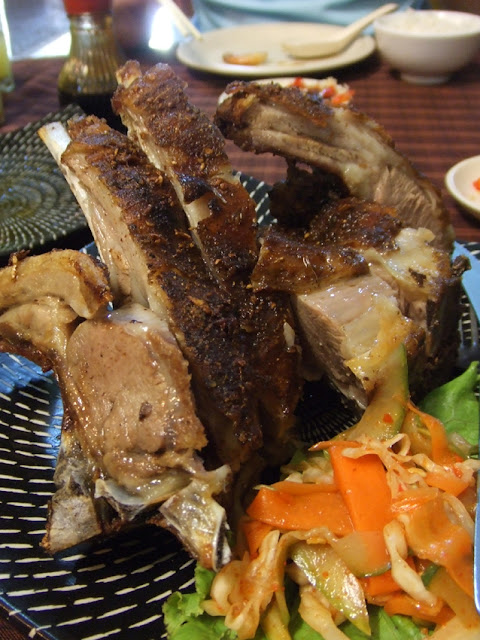 We also had grilled prawns wrapped with bacon. This was really good! Fat, juicy prawns bound tight with streaky bacon. If it wasn't so fatty, I would've helped myself to another one. As it was, I think I was all "lard" out during the trip. The grilled pork ribs was ok. I've had better. This one was kind of lean and dry. Aunty Pai Guat's is much better! We also had some stir-fried mani cai which Chunky was arguing whether it was the same as Sabah cai with Sam. I found out from Sis-in-law after I got back that they are the same thing except Sabah cai are the young shoots that come from the mani cai. Which would explain why the mani cai tasted so similar yet it was so much more fibrous and intense. Its always nice to travel somewhere and have good food. Thank you Sabby for taking us around and so sorry that you are still sleep-deprived! 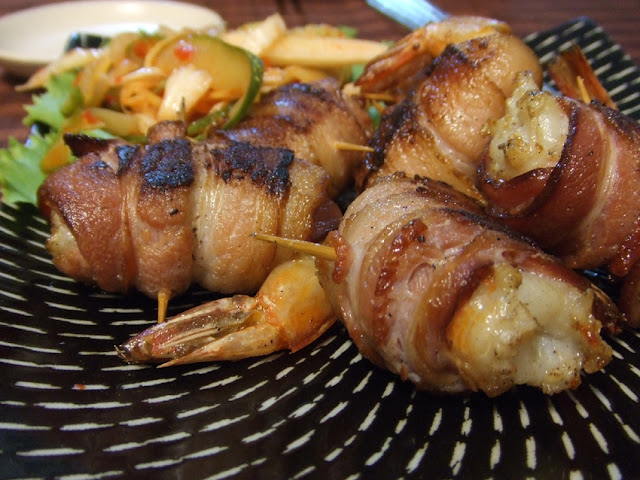